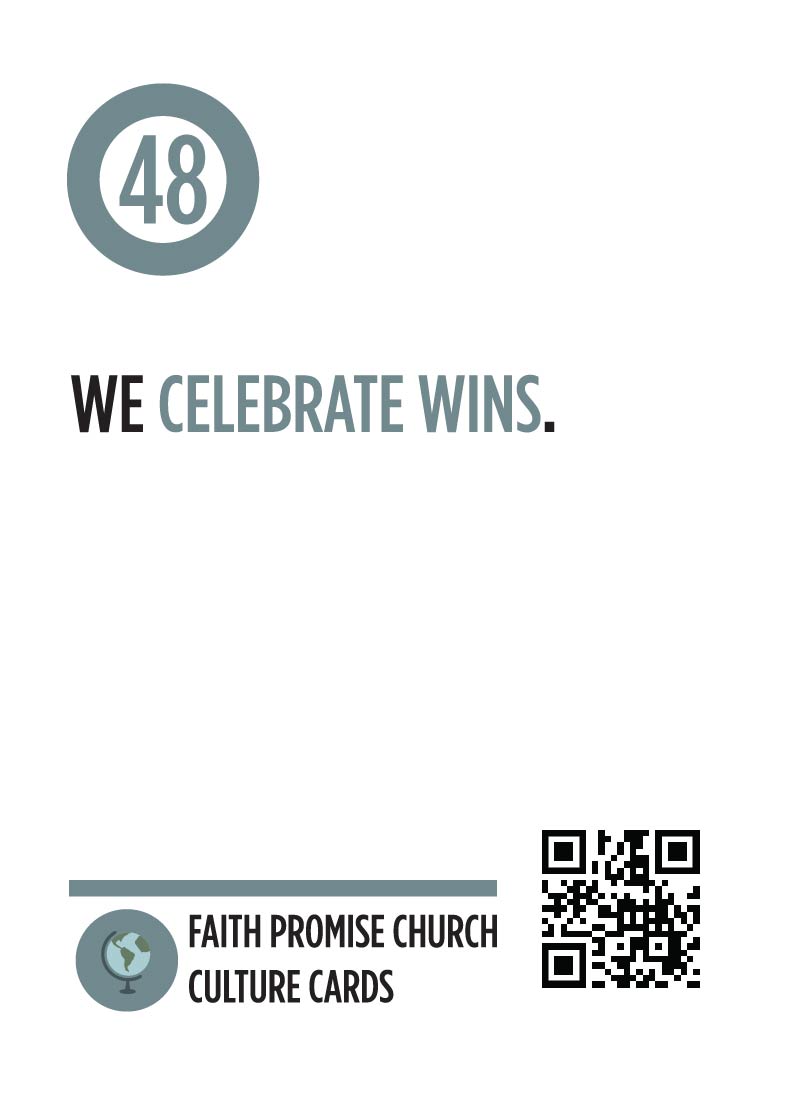 “The son said to him, ‘Father, I have sinned against heaven and against you. I am no longer worthy to be called your son.’

“But the father said to his servants, ‘Quick! Bring the best robe and put it on him. Put a ring on his finger and sandals on his feet. Bring the fattened calf and kill it. Let’s have a feast and celebrate. For this son of mine was dead and is alive again; he was lost and is found.’ So they began to celebrate.

“The fastest way to change a culture is through celebration. What gets rewarded gets repeated.”

Parents! Kids repeat the things that are celebrated. If you want your kids to win their world, be sure to celebrate when they do! Check out this article on how to celebrate the important things!

What is the last thing you stopped and celebrated?

Celebrate someone in your life this week. Go over the top!